Health begins in the mouth.

And it transfers into every area of your life!

We believe your best health begins with a cavity free, clean mouth. Everything else flows from there.

Very often our patients come in to find us talking about the trails we rode or the waves we surfed over the weekend. It is part of our corporate culture to stay healthy and play a lot. Some offices sponsor soccer teams, some have a baseball league, ours has an action sports team.

We believe recreation is crucial to a good life. So is exercise. It's even better when the two come together. To us this happens on either a surfboard or a mountain bike. This blog highlights surf contests, surf sessions, mountain bike races and rides. Our team is always getting into something fun on a weekly basis. You will be able to keep up with the team's activities by checking out the blog periodically.

Thanks for checking us out! Hope to see you out there sometime!

We sure don't race enough to be a mountain bike team...Our last race was in the fall of 2011. As fun as it was, we just haven't had the time to train for another race. When a new type of race was announced at Paris Mtn. South Carolina I knew I had to sign up. The race was supposed to be "mainly downhill", known as a  Super D. How hard could that be?
Raceday consisted of several shuttle runs to the top of the mountain for pre running and a really fun downhill course. I was placed in the "masters' category and placed mid pack in the end. The climb before the downhill proved to be too much for me.
Thinking the race would be mainly downhill, my training consisted of mainly cruising trails and hitting jumps, etc. I did not think I would have to climb- To my surprise, I did. Fitter "older" riders just flat out killed everyone, as their overall fitness prevailed, even on a "mainly downhill" course.

2 lessons were learned that day:

- Even downhill racing requires training and aerobic fitness.
- Older cyclists rule. Had I raced with the "young guys" I would have come in second place...40 is the new 25!


This is the first thing I saw when I got to the race. 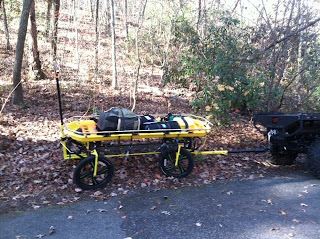 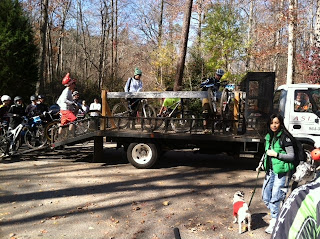 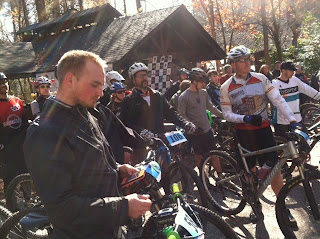 On the way to the top of the ridge. I didn't think I would have to pedal once I got to the top. I was wrong.. 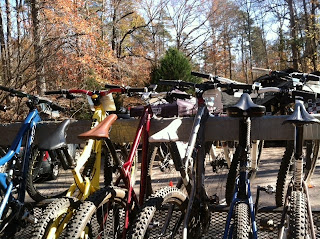 One of the Pros. He is going a lot faster than it shows in the pic 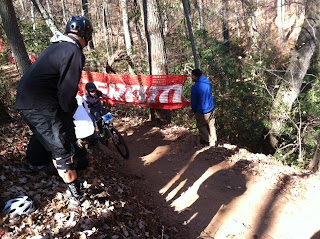 Had a great time and will be back next year! 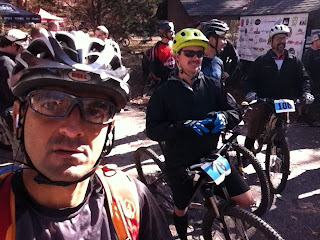 Posted by carolinabeachdentist.com at 8:38 AM No comments:

carolinabeachdentist.com
Carolina Beach, NC, United States
We are a relationship based dental office. We don't have production quotas, don't focus on numbers and do everything within our power to make our patients dental experience the best they've ever had. We don't advertise and rely solely on word of mouth to build our practice. We have been in Carolina Beach since December 2005. Our practice has enjoyed tremendous growth but we continue to maintain that small town feel in the way that we practice and relate to our patients. We believe in using the most modern techniques available to save teeth while focusing on giving the patient every conceivable option regarding treatment. We also focus on educating and teaching patients how to take care of their own teeth. This ensures that our patients will keep their smiles longer and will save money by not having to undergo expensive procedures. We believe everyone can have a healthy lifestyle and we believe that a healthy, clean mouth is where it all begins!