Health begins in the mouth.

And it transfers into every area of your life!

We believe your best health begins with a cavity free, clean mouth. Everything else flows from there.

Very often our patients come in to find us talking about the trails we rode or the waves we surfed over the weekend. It is part of our corporate culture to stay healthy and play a lot. Some offices sponsor soccer teams, some have a baseball league, ours has an action sports team.

We believe recreation is crucial to a good life. So is exercise. It's even better when the two come together. To us this happens on either a surfboard or a mountain bike. This blog highlights surf contests, surf sessions, mountain bike races and rides. Our team is always getting into something fun on a weekly basis. You will be able to keep up with the team's activities by checking out the blog periodically.

Thanks for checking us out! Hope to see you out there sometime!

Zumba on the river

While mountain biking and surfing are great workouts, sometimes there are no waves or time to get to the trail. Some of us (Amanda and Haley) resort to Zumba not only as a way to train, but also because it's FUN! Working out can be hard-but dancing is not.
This past weekend was National Dance Day. Amanda, who is now a certified Zumba instructor, had the privilege to join quite a few others, as they surprised innocent bystanders with a 2 song "Flash Mob". They basically showed up downtown by the river front, quietly set up a sound system and boogied for the crowd. Tourists and locals were treated to a killer show of Latin dance and before they could tell what hit them, the girls were gone...
Amanda will be teaching Zumba at the Coastal Tumblegym in Carolina Beach, Wed. Aug 8 and 15, 2012 @ 7pm, filling in for Zumba extraordinaire and her sensei Gina Graziani. Gina will be attending the National Zumba Convention in Florida, learning new moves and getting pumped for another year of fun! Thanks Gina for introducing so many to the wonderful world of Zumba - Eres muy chevere!!


Posted by carolinabeachdentist.com at 10:01 PM No comments:

So Bike Magazine decided to call our backyard "the new best ever Mountain bike destination in America.." or something along those lines. Funny how once the world acknowledges something we already know, we decide to love it even more...
To celebrate this renewed love we decided to go revisit the area. We spent 1 week in Asheville exploring some new trails as well as revisiting some old ones. The area has grown a lot, but so have the networks of trails. Mountain biking is huge around western North Carolina and the trails have been groomed to incorporate huge amounts of flow and technical features. God's version of a roller coaster, except the price of admission is sweat and sometimes, blood. 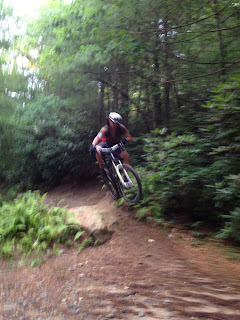 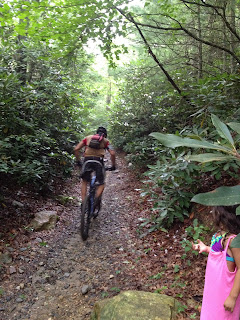 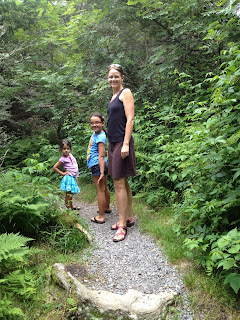 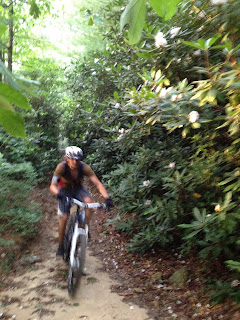 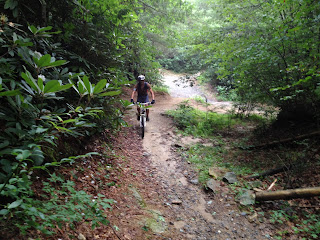 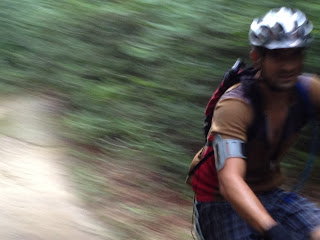 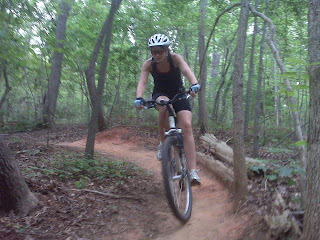 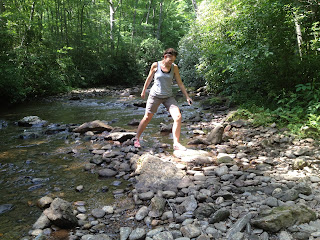 Posted by carolinabeachdentist.com at 9:17 AM No comments:

carolinabeachdentist.com
Carolina Beach, NC, United States
We are a relationship based dental office. We don't have production quotas, don't focus on numbers and do everything within our power to make our patients dental experience the best they've ever had. We don't advertise and rely solely on word of mouth to build our practice. We have been in Carolina Beach since December 2005. Our practice has enjoyed tremendous growth but we continue to maintain that small town feel in the way that we practice and relate to our patients. We believe in using the most modern techniques available to save teeth while focusing on giving the patient every conceivable option regarding treatment. We also focus on educating and teaching patients how to take care of their own teeth. This ensures that our patients will keep their smiles longer and will save money by not having to undergo expensive procedures. We believe everyone can have a healthy lifestyle and we believe that a healthy, clean mouth is where it all begins!